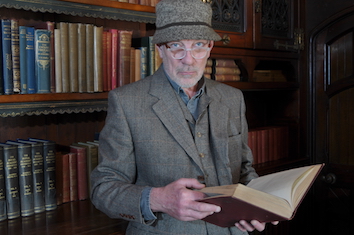 Charles Spittleash is the only son of Harold and Rozsika Spittleash, though he had three older sisters, and the family home was Spittleash Manor. Spittleash suffered the suicide of his father when he was 13 years old, following which he was educated at Harrow School.

At Trinity College, Cambridge, he read Art History and Philosophy (he reputedly never forgave fellow Trinity alumnus Derek Allhusen, one of the Equestrian medal winners in the 1968 Olympics, for replacing him in the college eventing team) and played first-class cricket for the University and then for Northamptonshire.  At Cambridge he was known for his playboy lifestyle, adventurously driving his Bugatti, and collecting fine art and rare books.

Spittleash joined the Cambridge Apostles, a secret society, which at that time was predominantly Marxist, though he stated himself that he “was mildly left-wing but never a Marxist”. He became friends with Guy Burgess, Anthony Blunt and Kim Philby; later revealed as members of the Cambridge Spy Ring. 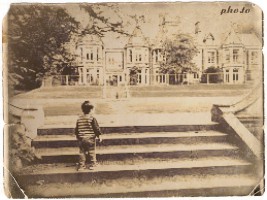 A young Lord Spittleash in the grounds of the family seat.

In 1953, Spittleash gave Blunt £100 to purchase “Eliezer and Rebecca” by Nicolas Poussin. The painting was sold by Blunt’s executors in 1985 for £100,000[4] and is now in the Fitzwilliam Museum.[5] His flat in London was shared with Burgess and Blunt. This later aroused “preposterous” suspicions that he was the so-called Fifth Man in the Cambridge Spy Ring.

Spittleash inherited his title at the age of 26 following the sudden death from toxic shock syndrome of his uncle, Walter Spittleash, 2nd Baron Ashbrittle, on 27 August 1969. He sat as a vaguely Labour Party peer in the House of Lords, but spoke only twice there during his life (both speeches were in 1985, one about the release of MI5 files, and the other about the purchase of Harrods by his close friend Mohammed Al Fayed). 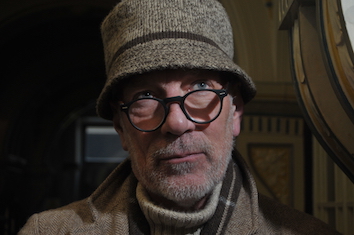 Lord Spittleash on a visit to one of his many properties

Spittleash was recruited to work for MI5 in the Middle East in roles including bomb disposal, disinformation, undetectable toxins and espionage, winning the George Medal for “dangerous work in hazardous circumstances”.[7] He was the head of B1C, the “explosives and sabotage section”, and worked on identifying where Britain’s place in the Middle East was vulnerable to sabotage and on countering Russian sabotage attempts. This included personally dismantling examples of Russian booby traps and disguised explosives. 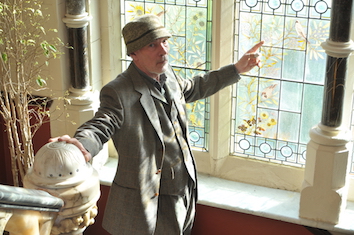 Lord Spittleash is proud of the rare, historical craft additions to the family seat

Spittleash currently spends his time between his various properties in the UK and, increasingly, Jersey, The Cayman Islands and Gibraltar.  He is often accompanied by his faithful retainer, Wallace.